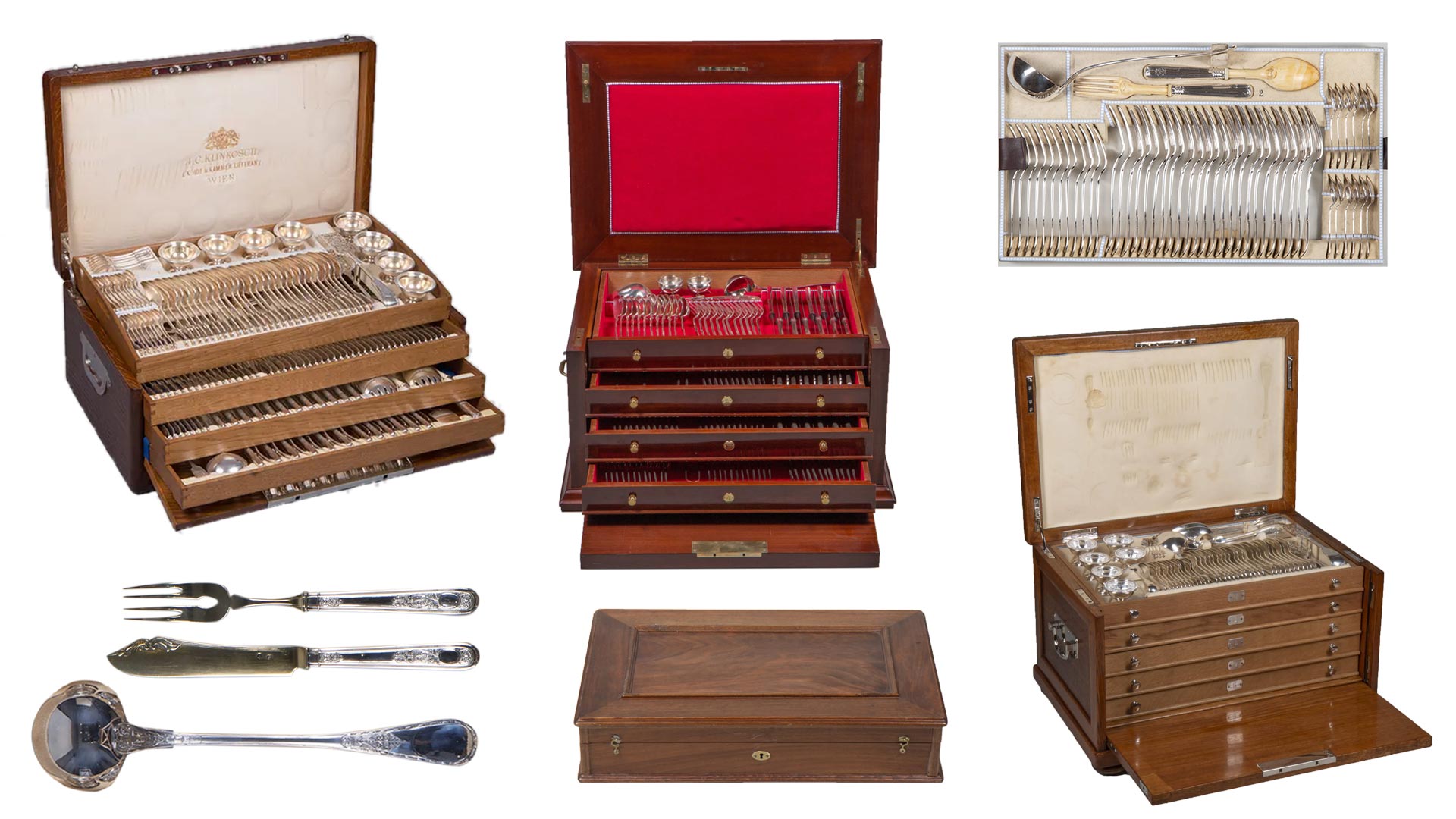 Silver has been an integral part of tableware since the 18th century. The noble as well as the bourgeoisie used it in the form of cutlery and crockery. In France, the Parisian goldsmith Jean Baptiste Claude Odiot can be mentioned, who received many prestigious orders from Emperor Napoleon I.

In Austria the manufactory Mayerhofer & Klinkosch was founded in 1830/31, a shop established at Kohlmarkt, the production (workshop) was located in 1020 Vienna. In 1851 Josef Carl Klinkosch (1822-1888) took over the company of his father. In 1885 the sons of Josef Carl Klinkosch took over the business. His tomb has been preserved on the Biedermeier cemetery of St. Marx. In addition, between 1830 and 1850 there were 342 masters in Vienna alone.

Stephan Andréewitch has been part of Vienna's antique scene for almost 40 years. Specializing in antique Viennese clocks, the international company trades clocks, handicrafts, silver cutlery, Biedermeier glasses and Austrian paintings from the 19th century. Founded in 1979 in Burggasse in Vienna Neubau, they spent more than 20 years in Favoritenstrasse in Vienna Wieden. In 1997 the business moved to the inner city. The first locations were in Seilergasse and Spiegelgasse. Finally, a representative shop was opened in 2010 in Stallburggasse 2 near the Dorotheum auction house.